© 2023 All rights reserved. Contents cannot be reproduced in any way without the publisher's written consent. 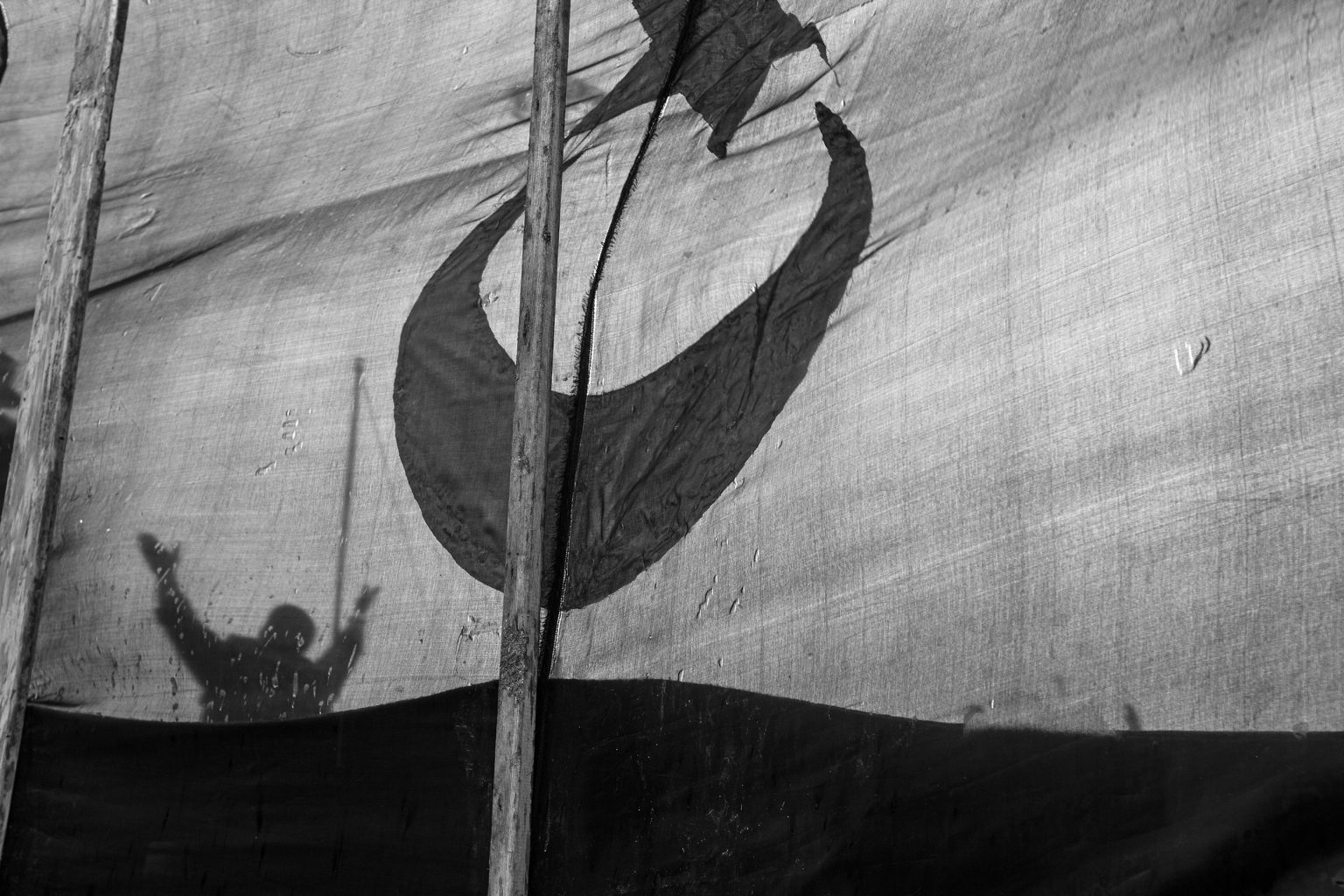 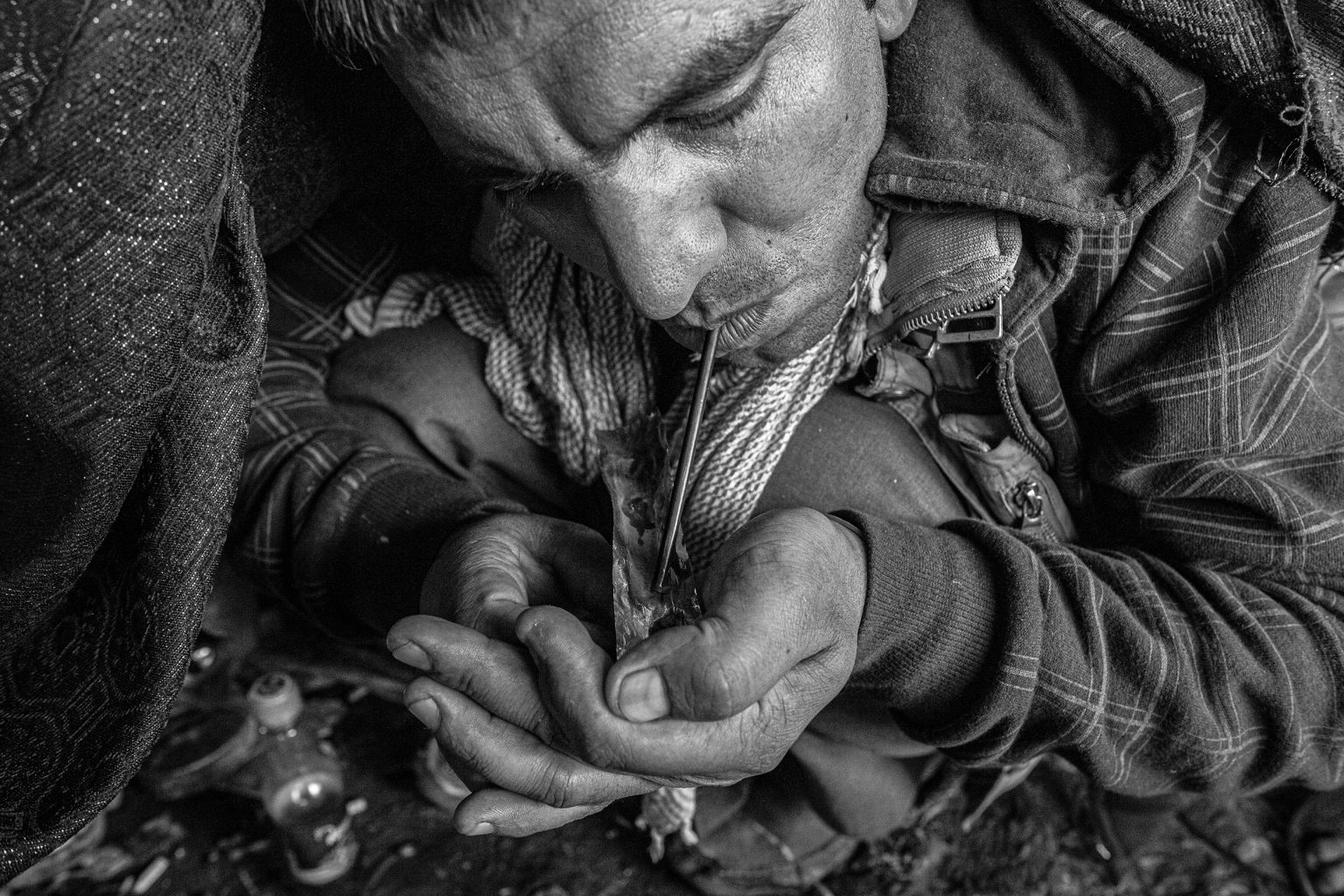 A former policeman inhales heroin. Drugs are cheap and the number of addicts is rapidly increasing: tens of thousands of addicts drag themselves through the city's streets and under its bridges. After two decades of war and foreign occupation, Afghanistan continues to be the world's leading producer of opium and exports nearly 90 percent of global heroin consumption. Kabul, Afghanistan, 2018 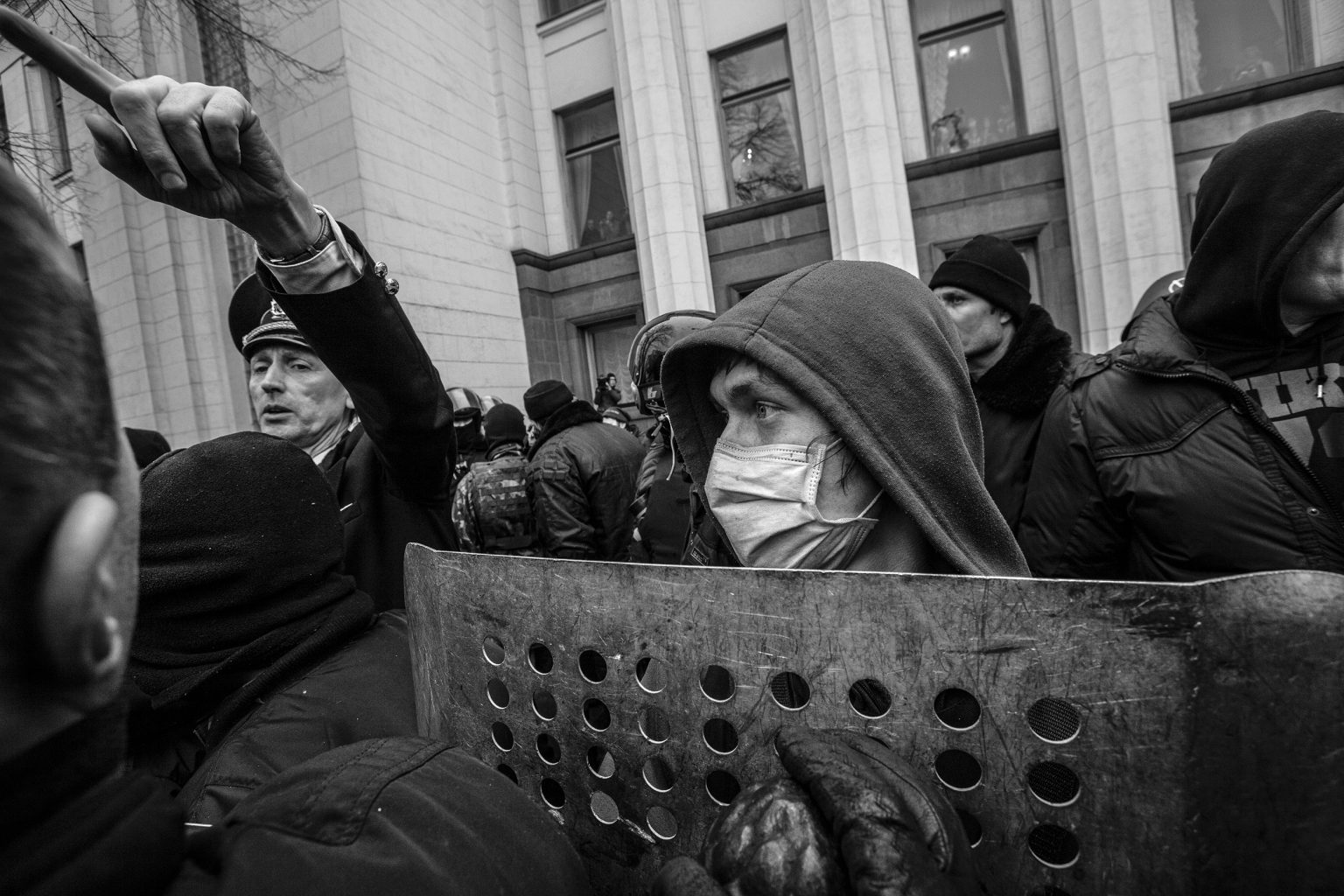 In the space of just 24 hours, insurgents defy the army and the barricades, storm the parliament, oust the president and drag Europe and Ukraine into a risky confrontation with Moscow. It is the beginning of a crisis that will mark a return to a creeping cold war between the West and Valdimir Putin's Russia. Kiev, Ukraine, 2014 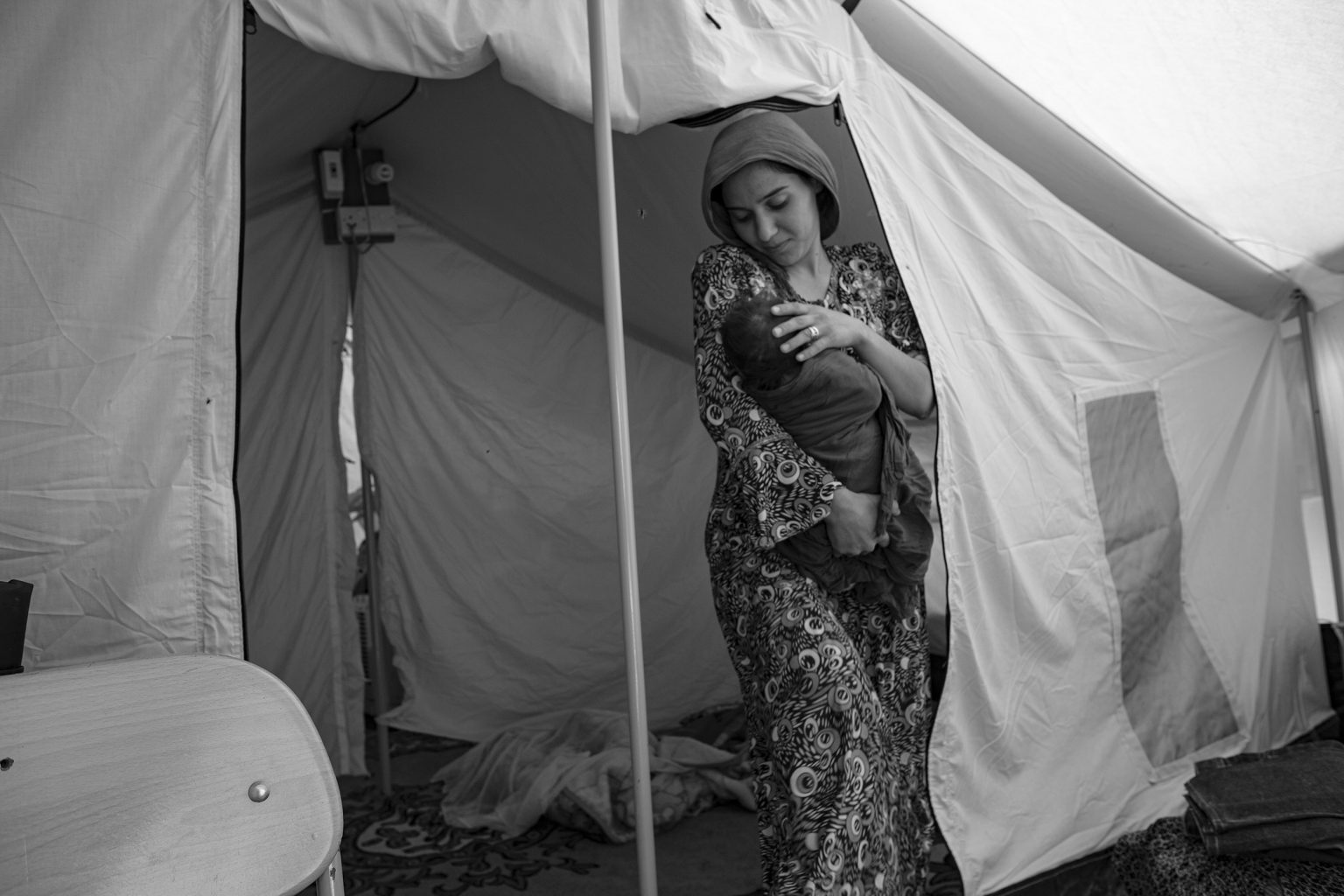 A young mother of Yazidi ethnicity in a refugee camp near Sulaymaniah. Persecuted and slaughtered by the Islamic Caliphate fanatics, the centuries-old Yazidi religious community was almost erased in a barbaric genocide. Their villages have been destroyed. Their women were raped, sold as sex slaves or forced to marry their executioners. The survivors took refuge in Iraqi Kurdistan. Kurdistan, 2014 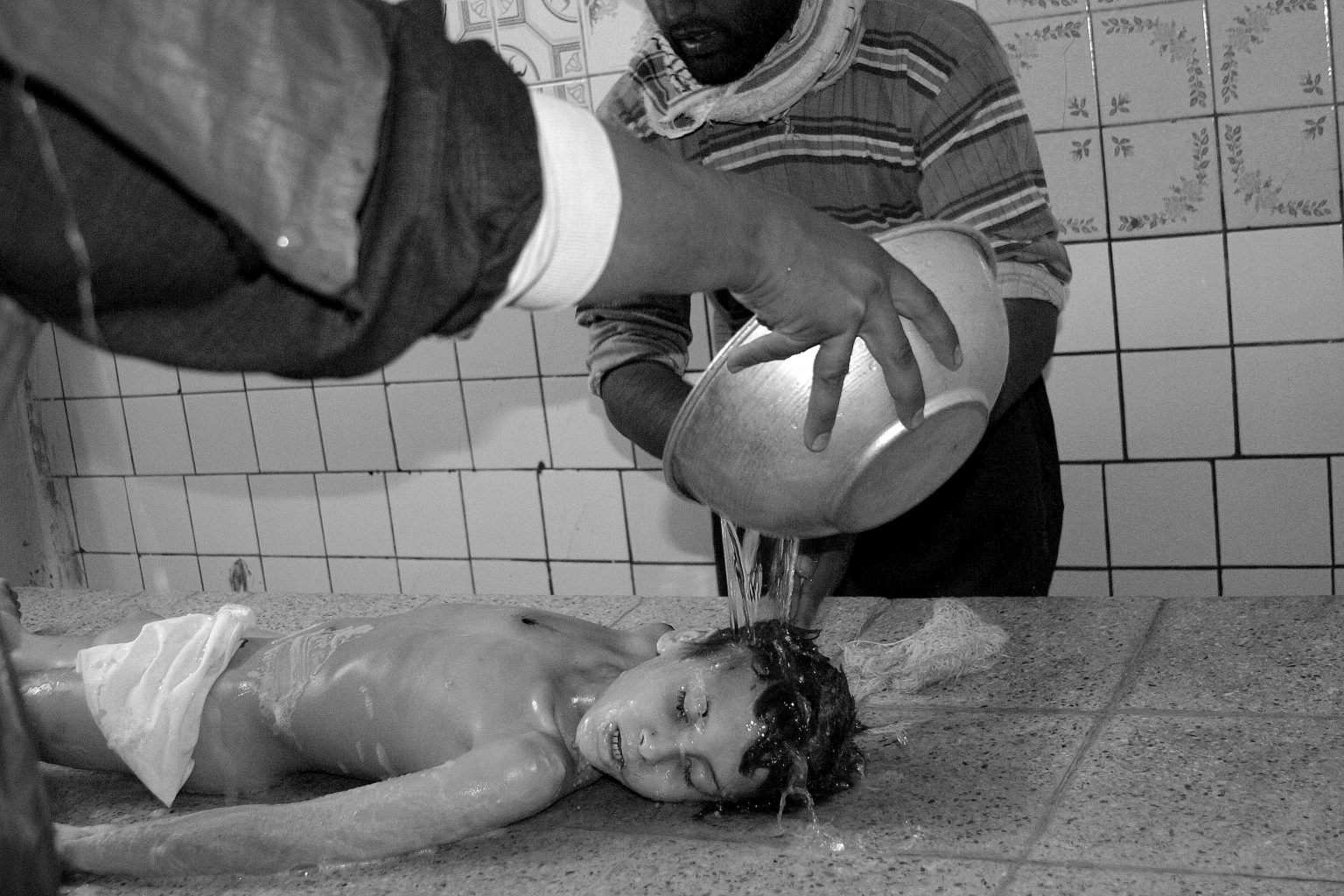 Kharrar, 9, killed with other children by shrapnel from a rocket in the Shiite neighborhood of Shu'ala, during ritual ablutions before burial. A few days later the US marines entered Baghdad and knocked down Saddam's statue in front of the Palestine Hotel. "Mission accomplished" announced George W. Bush. But the war had just begun and it's not over yet. Baghdad, Iraq, April 2003: 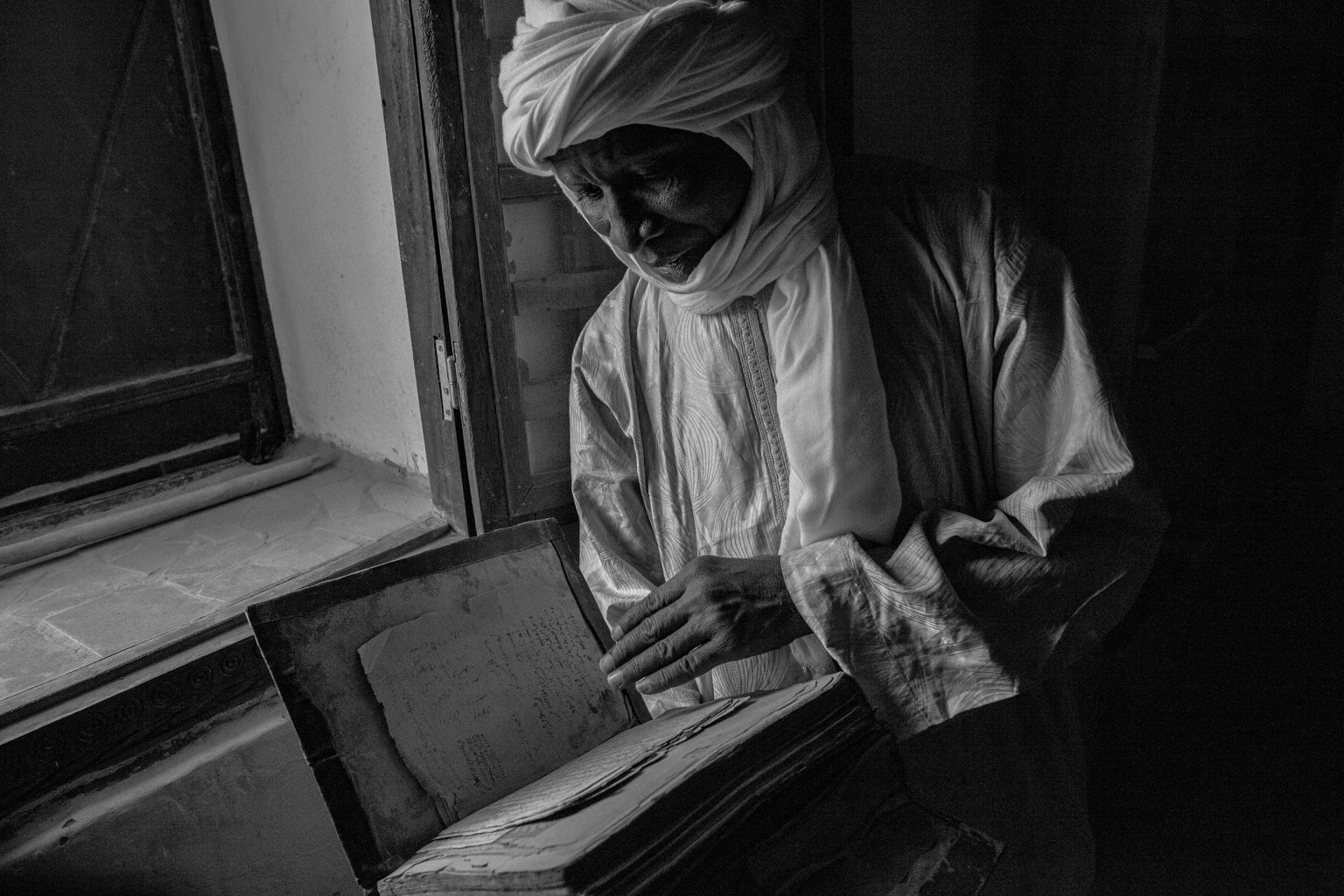 Abdoul Wahid Haidara with one of the precious manuscripts in his family's library. When Timbuktu fell into the hands of jihadists in 2012, local librarians devised a risky ploy to save hundreds of thousands of ancient desert manuscripts: a race against time that ultimately succeeded. Timbuktu, Mali, 2018 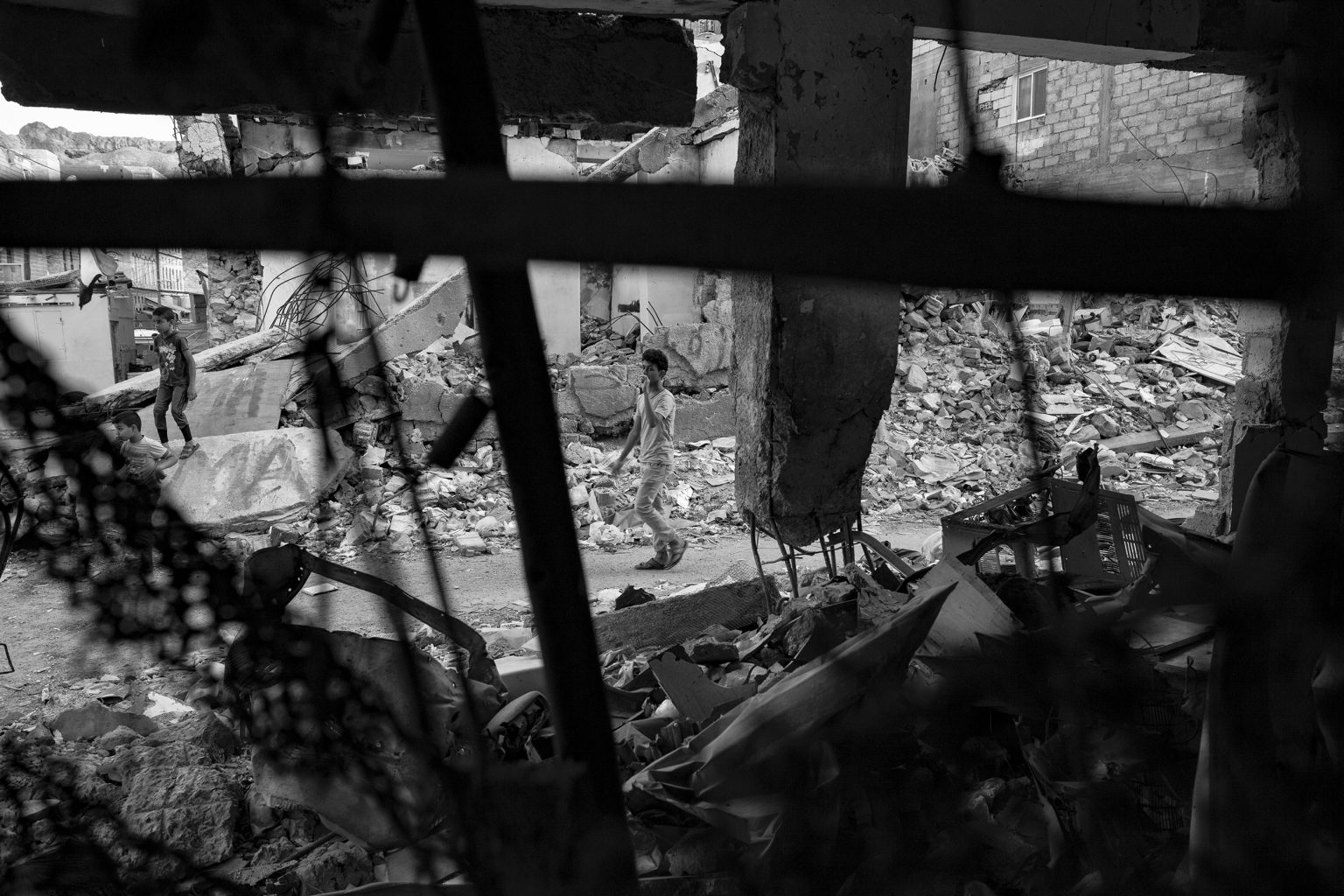 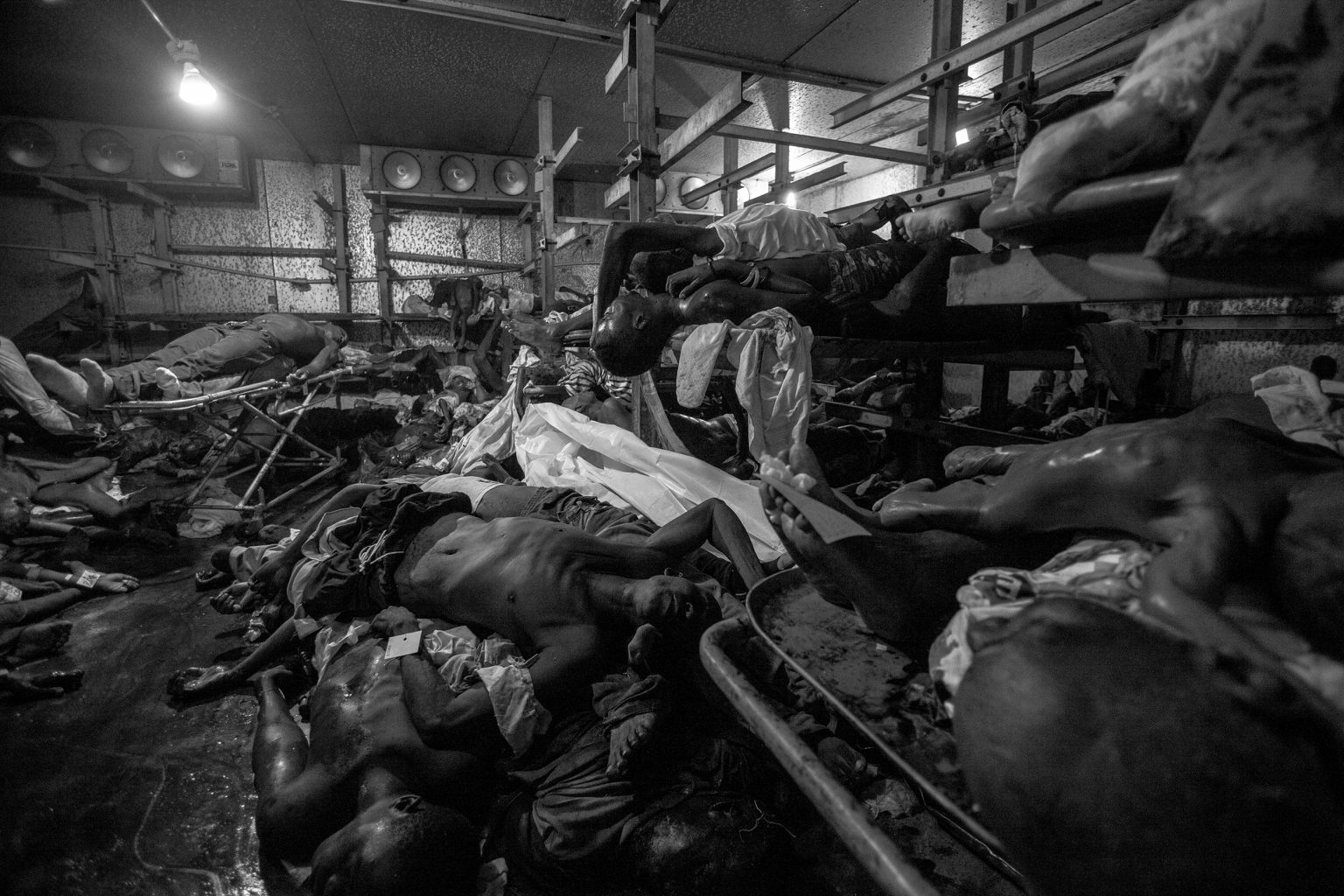 The gruesome morgue at Port-au-Prince main hospital. Every Thursday Father Rick, an American priest, goes there to collect the unclaimed bodies: with his staff of volunteers he loads two trucks with the dead, takes them outside town to a field, digs the graves, celebrates a funeral rite and lays them in the ground at the sound of a local band. Haiti, 2012 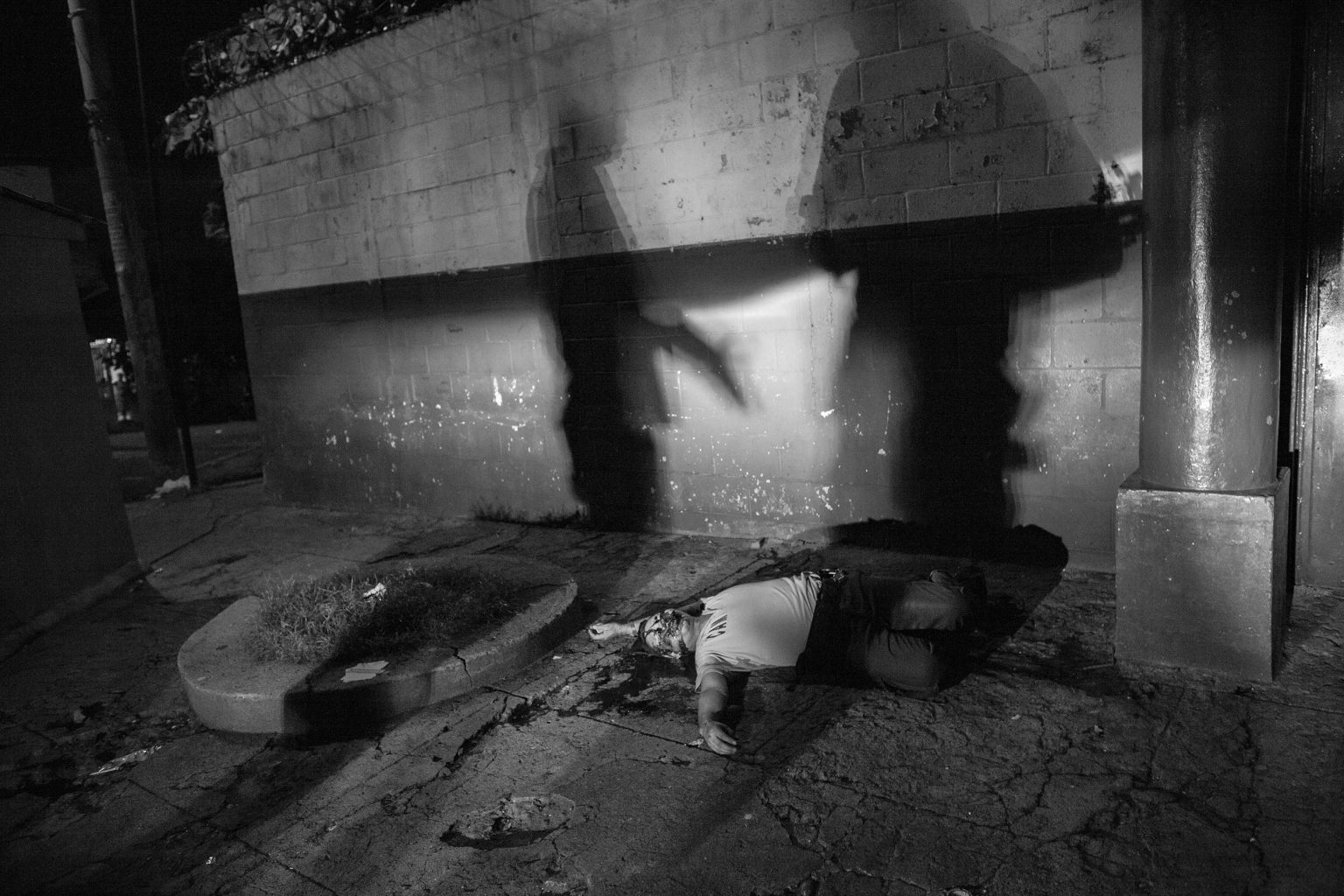 A murder scene. The Barrio 18 gang and the Mara Salvatrucha (MS13) are feuding over control of territory and the extortion racket. The bloody conflict has plunged the tiny Central American country into an abyss of violence unprecedented since the civil war of the 1980s. With an average of nearly one death every hour, El Salvador is one of the most dangerous countries in the world. San Salvador, 2015

Born in Milano in 1951, he has been for over three decades the Foreign Editor and the Senior Special and War Correspondent at Panorama, the leading Italian newsmagazine. He now contributes to il Venerdì, the weekly magazine of the Italian daily la Repubblica. Since 1980 he has covered all major conflicts around the world and has travelled in more than 130 countries.
In 1991 he was among the first journalists to enter Kuwait City during operation Desert Storm and a few days later he was taken prisoner by Saddam’s revolutionary guards while he was covering the Basra uprising. In the following years he has covered Somalia, Rwanda, Ethiopia, Eritrea, Algeria, China, Indonesia, South Africa, Palestine, Bosnia, Kosovo, Pakistan, Kampuchea, Colombia, Haiti, Russia, Mexico, Cuba, Zaire. In 2001 he was in Afghanistan with the mujahiddin of the Northern Alliance and entered Kabul the day the Taliban left. In 2003 he was Panorama Baghdad Bureau Chief during the war and witnessed the fall of Saddam and the arrival of the American forces. In 2006 he was in southern Lebanon during the Israeli attack on Hezbollah.
Since 2003 he has been regularly covering Iraq, Afghanistan and several hot spots around the world.
More recently he has covered the uprisings in Tunisia, Egypt, Lybia and Syria, where he has been every year since the start of the war. His recent assignments include Yemen, South Sudan, Somalia, Mali, United States, Mexico, Mozambique, Honduras, Cuba, Iran. As visiting professor, he has teached journalism at the Complutense University of Madrid. He has received several national and international awards and has published ten books on Iraq, the Philippines, Somalia, Africa and the Middle East.
His photos have been exhibited in Italy and in Cuba.

We use cookies on our website to give you the most relevant experience by remembering your preferences and repeat visits. By clicking “Accept”, you consent to the use of ALL the cookies.
Cookie settingsACCEPT
Manage consent

This website uses cookies to improve your experience while you navigate through the website. Out of these, the cookies that are categorized as necessary are stored on your browser as they are essential for the working of basic functionalities of the website. We also use third-party cookies that help us analyze and understand how you use this website. These cookies will be stored in your browser only with your consent. You also have the option to opt-out of these cookies. But opting out of some of these cookies may affect your browsing experience.
Necessary Always Enabled
Necessary cookies are absolutely essential for the website to function properly. These cookies ensure basic functionalities and security features of the website, anonymously.
Functional
Functional cookies help to perform certain functionalities like sharing the content of the website on social media platforms, collect feedbacks, and other third-party features.
Performance
Performance cookies are used to understand and analyze the key performance indexes of the website which helps in delivering a better user experience for the visitors.
Analytics
Analytical cookies are used to understand how visitors interact with the website. These cookies help provide information on metrics the number of visitors, bounce rate, traffic source, etc.
Advertisement
Advertisement cookies are used to provide visitors with relevant ads and marketing campaigns. These cookies track visitors across websites and collect information to provide customized ads.
Others
Other uncategorized cookies are those that are being analyzed and have not been classified into a category as yet.
SAVE & ACCEPT